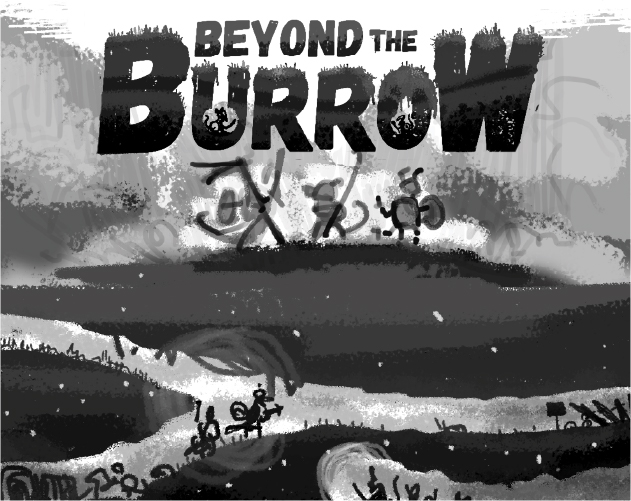 This is a beta release and in active development. I will be updating and posting new pages and artwork as they are completed. These rules have not been thoroughly playtested, and are sure to be riddled with spelling errors, incomplete sentences, and lorem ipsum.

Beyond the Burrow is an adventure game & fictional setting for tabletop RPGs (TTRPGs), heavily inspired by games like Mausritter, Cairn, Delve, and Tunnel Goons.

In Beyond the Burrow, players and a GM explore a fantastic and dangerous world from the point of view of some of the smaller critters, creatures, and creepers in the magic-infused wilderness of the FaeWilds. 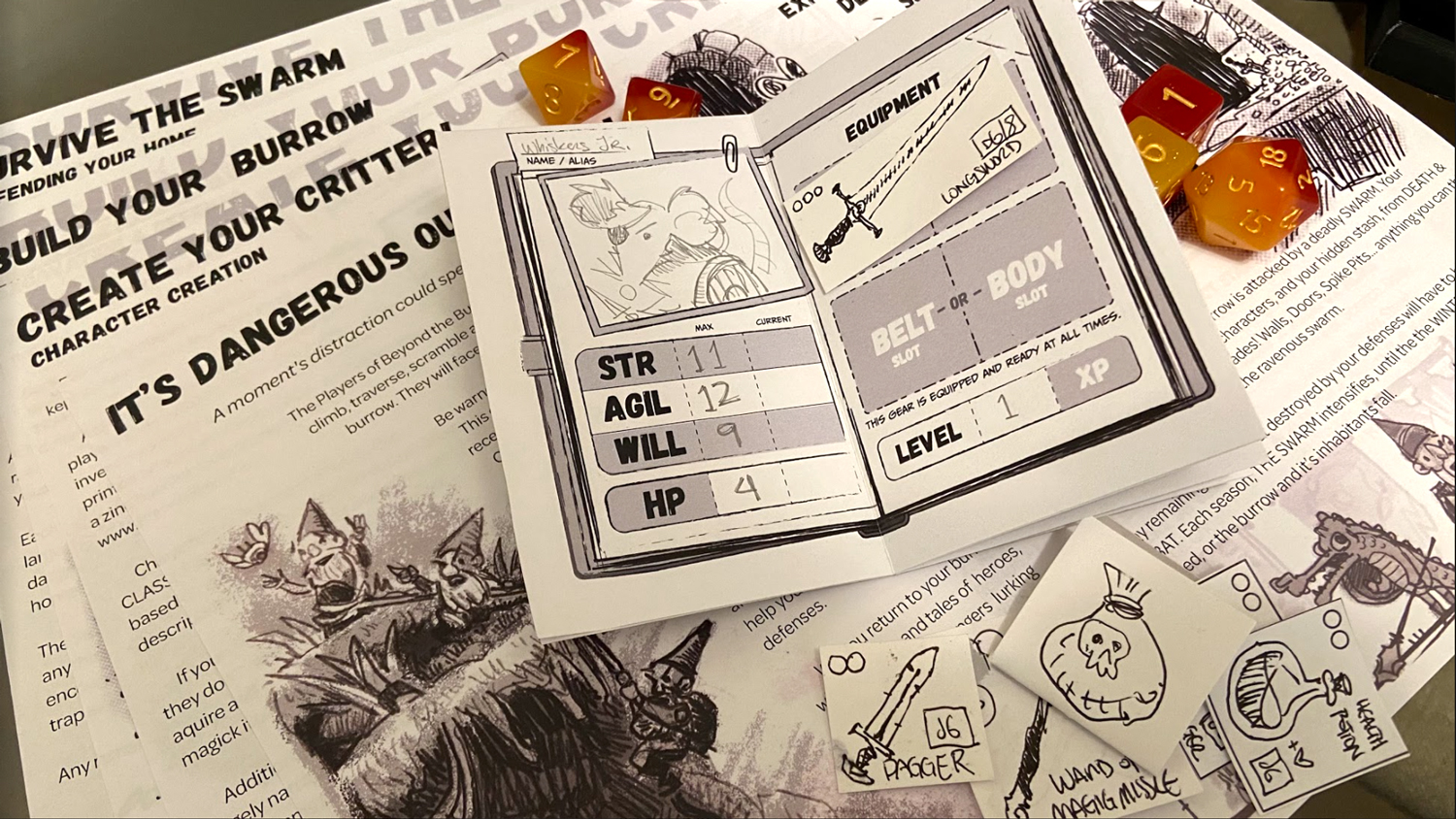 A crew of critters, players, and a Game Master (GM) will explore the fantastic, and dangerous, the world outside the safety of their burrow.

Search for hidden treasure, and loot, fight or flee the dangers lurking in the FaeWilds. Players can then return with their loot back to their burrow to expand and defend their fort, create new gear and items, and level up their adventurers and crew.

The Players of Beyond the Burrow are encouraged to EXPLORE - to climb, traverse, scramble and delve in the Wilds beyond their burrow. They will face many challenges... and predators.

This entire game was created around the idea of using the character sheet zine as an adventure journal, with maps, items and inventory, etc...

Thanks again for checking this game out! I’d love your feedback!

Hello! Would there be any chance of you releasing a copy of the rules book that is in singles instead of spreads? It would make it easier to read this on my tablet. Over all very cute project

+1 to pages vs spreads

There's no end to putting indie role-playing games into shakers and making new games out of the resulting mixes. This latest cocktail remixes Mausritter (itself already a cocktail of other influences) by keeping the formula of animals facing the wide world but adding a very strong exploration component, as well as a curious (in the sense of "it tickles my curiosity") burrow expansion principle not far from a tower defense video game logic. All this being said, the game is still in alpha phase and the current document seems to require a bit of work to make it playable, unfortunately. I'm still very hopeful it'll turn out something great!

I just love the concept and the presentation.

If you're ever in need of an aditional playetester, I would be more than happy to play as my little lizard (who thinks he's a dragon) named Cricket :) 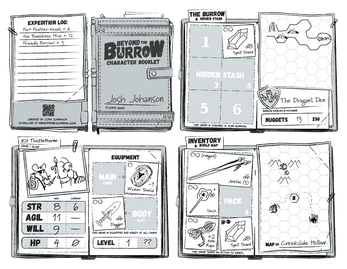 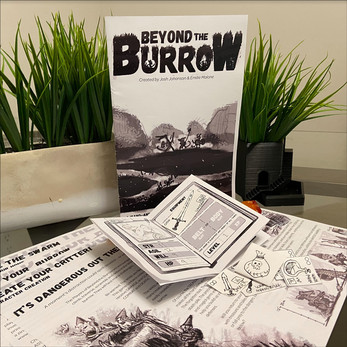 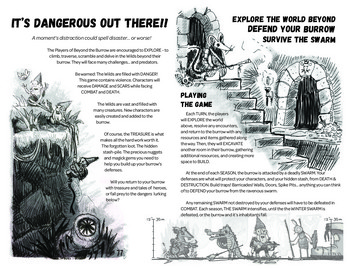 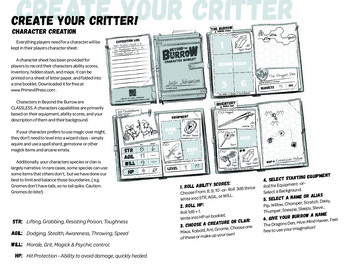 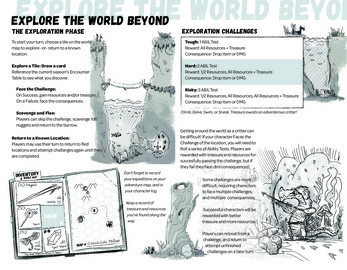 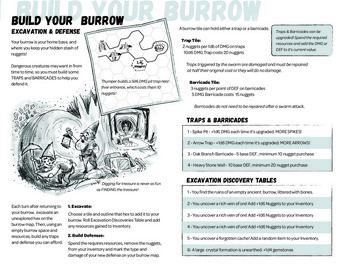 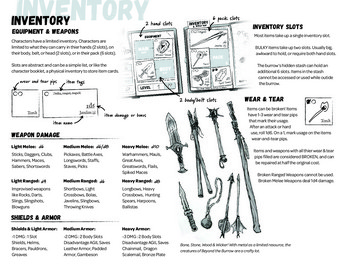